•AUTHOR OF 6 BOOKS (contributed to 12 others)

•LEADER IN THE UNCEASING PRAYER MOVEMENT

My name is Kie Bowman. I am the Senior Pastor of Hyde Park Baptist Church and The Quarries Church (“one church in two locations”) in Austin, Texas (www.hpbc.org). Originally from Fairbanks, Alaska (the rumors are true- it’s cold!), I arrived in Texas for Seminary in the 1980′s where I earned a Master of Divinity and a Doctor of Ministry from Southwestern Baptist Theological Seminary in Ft. Worth. Following my Seminary training my family and I made our way to the Atlanta area where I served two churches in 10 years. In 1997 we came to Hyde Park in Austin where I serve as Senior Pastor.

For the last 40+ years I have been passionate about prayer, revival, evangelism, the Spirit-filled Christian life, and teaching/preaching the Word of God! These days, that teaching ministry is found in a variety of venues and platforms. You can “friend” me on Facebook, follow me on Twitter, and Instagram, or watch on YouTube or Vimeo by entering “Kie Bowman” on any of those platforms.  Or, you can watch messages on Hyde Park’s website in our media archives or on our new church App.

I have a tremendous passion for writing and I have authored or contributed to 18 books, including 6 bestselling devotionals from Thomas Nelson Publishers. In 2013, my book, “The King and His Community” (a New Testament Survey from Auxano Press) became an Amazon bestseller, sitting at number 2 in it’s category for 3 weeks! I followed that in 2014 with a biography of Jesus called “I AM,” also published by Auxano Press.  My third book with Auxano is a study of the book of Acts,  titled, “The Church That Changes The World.” I followed the book on Acts with a a forth book called The Unparalleled Gospel, a study of Luke’s gospel. My fifth book with Auxano Publishers was released on Easter, 2019 and is titled, “EMPOWERED Why We Need Spirit–filled Churches.”  Recently I contributed devotionals for a new Children’s Bible available now.  In addition, I have contributed to 2 other Children’s Devotionals, both published by Thomas Nelson Publishers. In 2016, I contributed several sermons to “Preacher’s Sourcebook,” published by Thomas Nelson. My most recent book is co–authored with Trey Kent and was released in September 2019. It is titled CITY OF PRAYER!

One of my favorite projects recently was the seven week Sunday School curriculum on prayer I wrote for Lifeway, seen by over a million people! I’ve received letters and emails from around the country from people who used that study.

I have written and provided resources to teach and assist everyone in the discipline of prayer at my website, iprayaustin.com. In addition, I am part of a small, interdenominational team of pastors, in the city of Austin, committed to revival and spiritual awakening, spurred on by an unceasing prayer movement. We organize city wide prayer meetings and retreats, and help coordinate a night and day prayer ministry. Currently, every minute of the year, believers from almost 100 different congregations, are praying 24/7 for our city, our churches, and our nation as we seek God for revival.

In 2018 I partnered with Sampson Resources and produced a six-session series on prayer called ENGAGING WITH GOD-making prayer a priority for the BEST of your life! 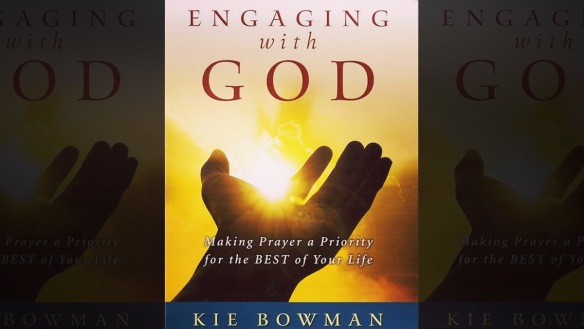 My wife of 41 years, Tina, and I met in college and we have 3 adult children-Amanda, Laura, and Joseph. Two of which live, like us, in Austin. The other lives in Seattle.

Here are recent photos of Tina, Amanda, and Laura together, and one of Amanda, Laura, and Joseph together on a recent Christmas Eve. Thanks for dropping by for a visit and come back soon!