Imagine one sound being played evenly at every frequency the human ear is capable of hearing. That’s “white noise.” Some people swear by their white noise machines humming through the night as they sleep. For these people, the cacophony of sound, similar to a small fan whirling, is the best way to block out other distracting noise that would otherwise keep them awake.

In our regular routines, it’s easy to hear “too much” due to the constant alerts on our phones, traffic everywhere, the perpetual sound of other people’s voices, and a thousand other sounds- both welcome and unwanted. Distracting clamor is part of life in the 21st century but unfortunately so many other conflicting sounds can create spiritual white noise, restricting our ability to listen for the one Voice that matters most. 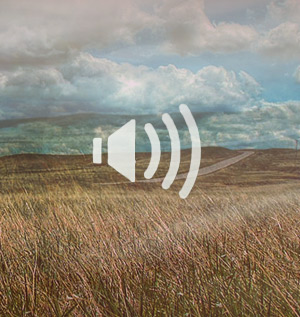 God still speaks to His children today but to hear Him requires an intentional focus. We need to cultivate a listening heart. It can be done.

WAITING IN HIS PRESENCE

When the prophet Samuel was young, he was an attendant in the Tabernacle where he lived (1 Samuel 3). The Ark of God was housed there too and always represents the presence of God. One early morning just before dawn, while sleeping in the Tabernacle, near the Ark, Samuel heard the voice of God calling to him (v.3). He did not recognize it at first-but the old priest Eli helped him cultivate a listening heart for the voice of God. We can train ourselves to listen!

The Tabernacle was obviously quiet while everyone slept. The Ark of God was nearby. Samuel’s entire life was devoted to serving the Lord. Those three factors-stillness, God’s presence, and devotion- are good guidelines for us when we need to hear God about decisions we face, when we are seeking closer fellowship with God, or when we are maturing in the exercise of the spiritual disciplines.

To reproduce a similar atmosphere find a quiet place where outside distractions cannot interrupt your listening heart. Prepare your heart by reading Scripture to invite the presence and the clear Word of God into your life. Confess your sin so your life is clean and devoted to God.

DOES GOD STILL SPEAK? OF COURSE!

A few weeks ago the Unceasing Prayer Movement hosted a 24 hour prayer and worship room in Austin in association with the Southern Baptists of Texas Convention held in Austin this year. Several people from around the city and state, and obviously from different churches, prayed for 24 hours. People were coming and going the entire time. Several of my friends, some who do not know each other, shared with me they sensed God speaking to them during that anointed time in the prayer room. I find that fact revealing. Several people, including me, heard from God. Why? The presence of God was powerfully conspicuous as worshippers poured out their hearts in prayer! The presence of God opens up the probability of hearing God.

DO YOU REALLY WANT TO HEAR HIM?

It is obvious God wants to be heard. The bigger question isn’t whether God is speaking but whether we are listening! When we put ourselves in a posture, place, or position to listen, it is almost impossible to miss His voice. Even a casual reading of Scripture reveals the God who communicates to people. He hasn’t changed at all over the years. He is still speaking and looking for a people who are listening. When we put ourselves into the proximity of His presence – whether through sustained fasting, focused Bible study, or unhurried worship- we train our heart to listen and appreciably enhance the probability of hearing His voice.