THE RETURN OF CHRIST

Jesus is coming again! The promise of His return dominates the pages of the Scripture. His second coming is mentioned at least 300 times in the New Testament. In addition to the promises in the Word of God, due in part to the increase of international distress, the church today is anxiously looking for His return. For instance, the late Billy Graham recently said, “The Bible teaches that Jesus is coming again. And I don’t see any other hope, because we’re heading toward a catastrophe in our world.” (https://billygraham.org/decision-magazine/january-2009/the-second-coming-of-christ/)
In the last few days of His life on earth, Jesus addressed an important concern. His disciples had asked Him a pressing question we’re still asking today, “Tell us, when will these things be, and what will be the sign of your coming and of the end of the age?”  (Matthew 24:3) Jesus went into explicit detail when He answered their questions.
He promised signs would precede His coming, and those “signs” will obviously help us recognize when His return is getting closer. We would be foolish to predict the day and hour when Christ will return and equally foolish to ignore the signs He left us regarding His return.
One sign I am particularly interested in has to do with evangelism and global missions. Jesus said, “And this gospel of the kingdom will be proclaimed throughout the whole world as a testimony to all nations, and then the end will come.”
(Matthew 24:14) No generation in history has been more capable of fulfilling this final sign than our generation.

As you know, our church is part of a prayer movement-a local expression of a global phenomenon-the likes of which the world has never seen. All over the world Christians are committing to unceasing prayer as never before. Why is this? I believe God is preparing His church for something on a global scale. Could it be a spiritual awakening leading to the greatest evangelistic thrust in history-in order to finally evangelize the entire human race? Could this global army of evangelists be the final surge before the return of Christ? Maybe. I think it’s possible.
Can we be absolutely certain the signs are pointing this way? No, but we are instructed to pay attention to the signs and learn from them. For instance, I recently drove several hours through the night and the closer I got to my destination the more signs I saw announcing the final location. That’s how signs work. They exist to guide us. Christ left us signs of His return and one of those signs- in fact the final sign- is an unstoppable evangelistic push across the entire world.
Scripture and history demonstrate that major movements of God’s power in the earth are preceded by prayer movements. Is God rallying His global community to unceasing prayer to help mobilize the final, global evangelistic saturation of all the nations? Have you ever noticed that the last prayer in the Bible is for His return? “He who testifies to these things says, ‘Surely I am coming soon.’ Amen. Come, Lord Jesus!”  (Revelation 22:20) It’s a simple 4 word prayer-“Amen. Come, Lord Jesus!” 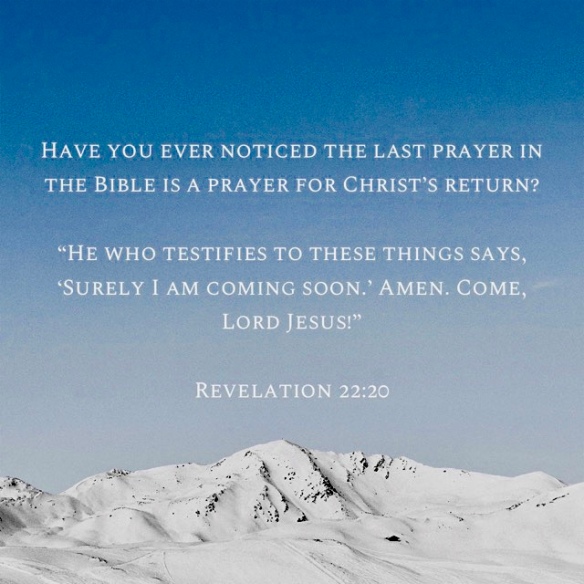 Someday Jesus will answer that prayer. The final sign before His return will be the mobilization of the church to take the gospel to every region on earth by every means available. You and I have a role to play in this unfolding plan of God. We can join the prayer ministry and “pray earnestly to the Lord of the harvest to send out laborers into his harvest.” (Matthew 9:38)
For 2000 years Christians have eagerly looked for the sign of the times. We may actually be living in the time of the signs! Keep praying and don’t lose hope because Jesus is coming again.
JKB

The book is addressed to a group of churches we usually think of as “the seven churches in Asia Minor.” These churches, all located in modern Turkey, were experiencing persecution. John, the last living Apostle, the author of Revelation, looks to the future when God will judge evil and justify His people. The final judgment of the earth as well as the final glory of God’s Kingdom are both described using symbols and vivid imaginative language.
Revelation is the picture of our future when Christ gathers His people into His Kingdom once and for all. It’s a confusing book at times but more importantly it’s an encouraging book for us because it’s filled with promises of our Lord’s final victory.
As you read Revelation be encouraged by what Jesus says and does because His future is the future of every believer! We’re with Him. 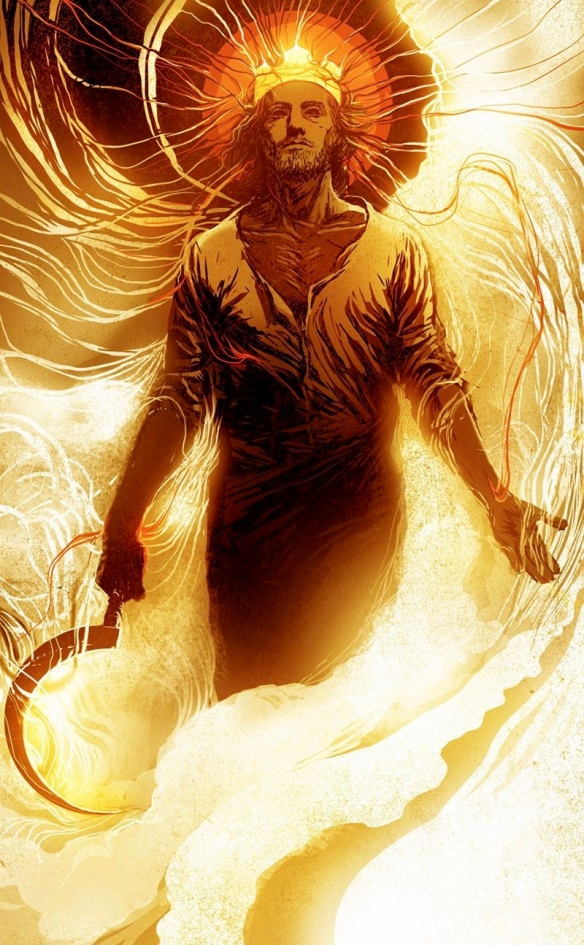 Jude is a brief letter written to spotlight error. The half brother of Jesus and full brother of James is aware of false teachers who deliberately corrupt the church for their own selfish reasons. In verse 12 he uses some of the most picturesque language to describe the heretical intruders. He calls them “… hidden reefs at your love feasts…waterless clouds, swept along by winds; fruitless trees in late autumn, twice dead.”
Jude is unhesitatingly critical and pronounces judgment on the false teachers. This is a message our culture will not immediately accept because it runs contrary to the popular but false view that New Testament Christianity is only a message of love. God’s love is real but so is inevitable judgement.
Jude also urges believers to remain faithful and to take responsibility for their own spiritual safety by  “…building yourselves up in your most holy faith and praying in the Holy Spirit” and he urges us to “…keep yourselves in the love of God, waiting for the mercy of our Lord Jesus Christ that leads to eternal life” (vv.20-21).
The phrase “praying in the Holy Spirit” is intriguing, especially to those who long to seize every advantage in prayer. Clearly we could wish we had more definition about what it means to pray in the Spirit but Jude assumes the readers understand it. Even though little explanation is given about what it means to “pray in the Spirit”, the context suggests it’s part of the process of building ourselves up in the faith and remaining unswayed by false teachers.

Jude is relevant for us today as a corrective in our culture of false teachers and half truths masquerading as the gospel. When we read Jude we are reminded the reality of God’s grace never eliminates the certainty of God’s judgement. We are also encouraged by the fact God’s grace protects us from His judgment!